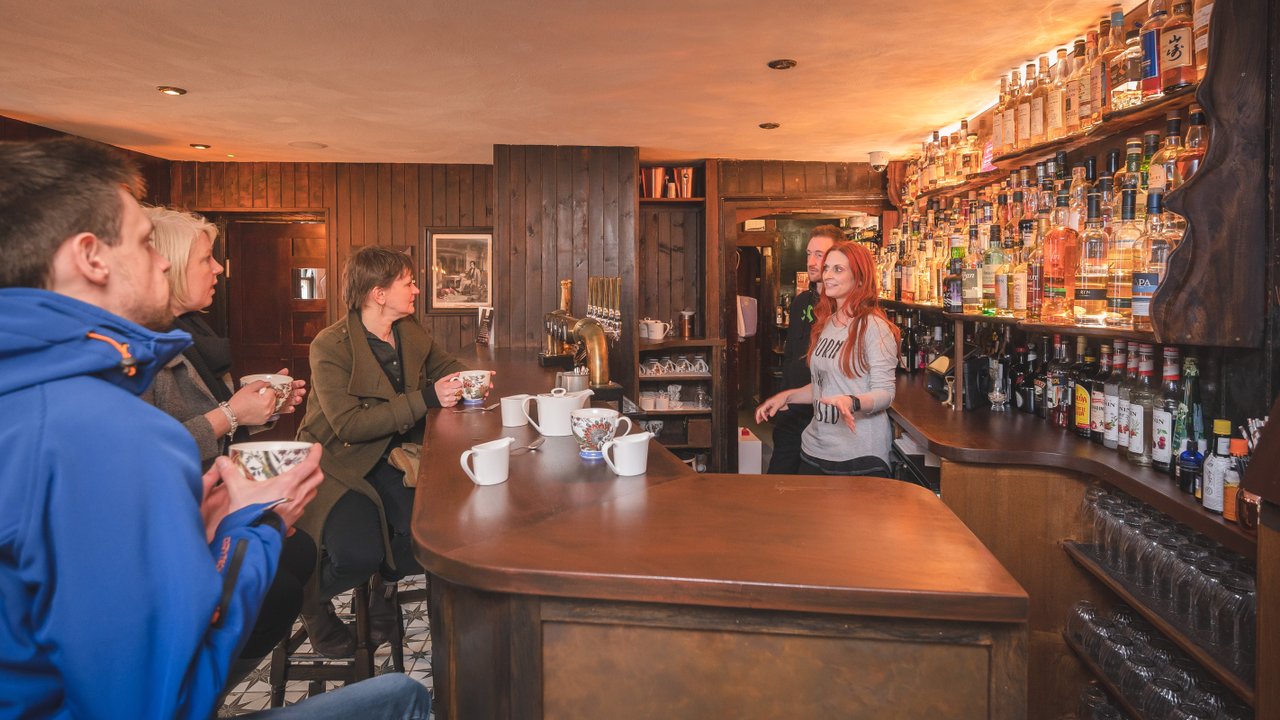 Pubs in Dumfries and Galloway are being sought to host live storytelling events this autumn as part of the Howff Tales project from Driftwood Cinema.

This project is funded by the Scottish Museums, Year of Stories fund 2022 and therefore there is no cost to host one the performances. Pubs would be asked to work with Howff Tales to promote the event to existing customers and be on hand to support the performers on the night with access to an area to change. Times and dates will be agreed between organisers and pub venues.

There is also no charge for customers to watch the performances, however it would be possible for the traditional “pass a hat around” at the end of a performance to accept donations to appreciate the work of the performer.

Storytelling in the pub

As part of Scotland’s Year of Stories, Howff Tales wants to take storytelling back to its natural home, the Howff or Pub and provide a new form of entertainment to support the hospitality industry as it recovers from the pandemic.

For centuries pubs have been the centre of communities where people come together and the traditional place where epic tales are told often aided by a pint or two. Tales of bravery, tales of ghosts, tales of local mystery, tales of adventure or just tall tales, all taken from local legend and history.

The project has commissioned new works from local performers to take their tales out to pubs and engage with audiences there; reaching new demographics that may not otherwise venture to the theatre to see live performance and provide a unique experience for customers. The work will be original script based on local legend or folklore or expand upon existing work written or created in Scotland to bring a new and dynamic performance. Local tales from Dumfries and Galloway and its rich history as a border land will be prioritised.

Each performance will consist of two 30-minute pieces which will be based on local legend or folklore or expand upon existing work.

The performer will adopt a character to tell the tale, for example to act out the drunk at the end of the bar telling of the time when they saw the mysterious beast whilst fishing in one of the forest rivers of Galloway, or the elderly person sat in the big armchair by the fire and tell of the Tall Airman of Bladnoch who walks the airfield to this day, or an historical character regaling the punters with tales of love unrequited in the 1750s that led to murder, revenge and a desperate attempt to escape the shire gaol before the hangman came.

The deadline for applications is Friday 26 August with performance to be scheduled between 1st October and 31st December 2022. To express an interest simply email Driftwood Cinema at info@driftwoodcinema.org with a contact name, pub name, pub address, contact telephone number. All applications will be acknowledged by email.

Driftwood Cinema is a not-for-profit, community cinema support organisation operating in the South West of Scotland. Established eight years ago it and supports 21 Community venues screen films as well as providing one-off screening events both indoors and outdoors. It also supports communities with live performance events.