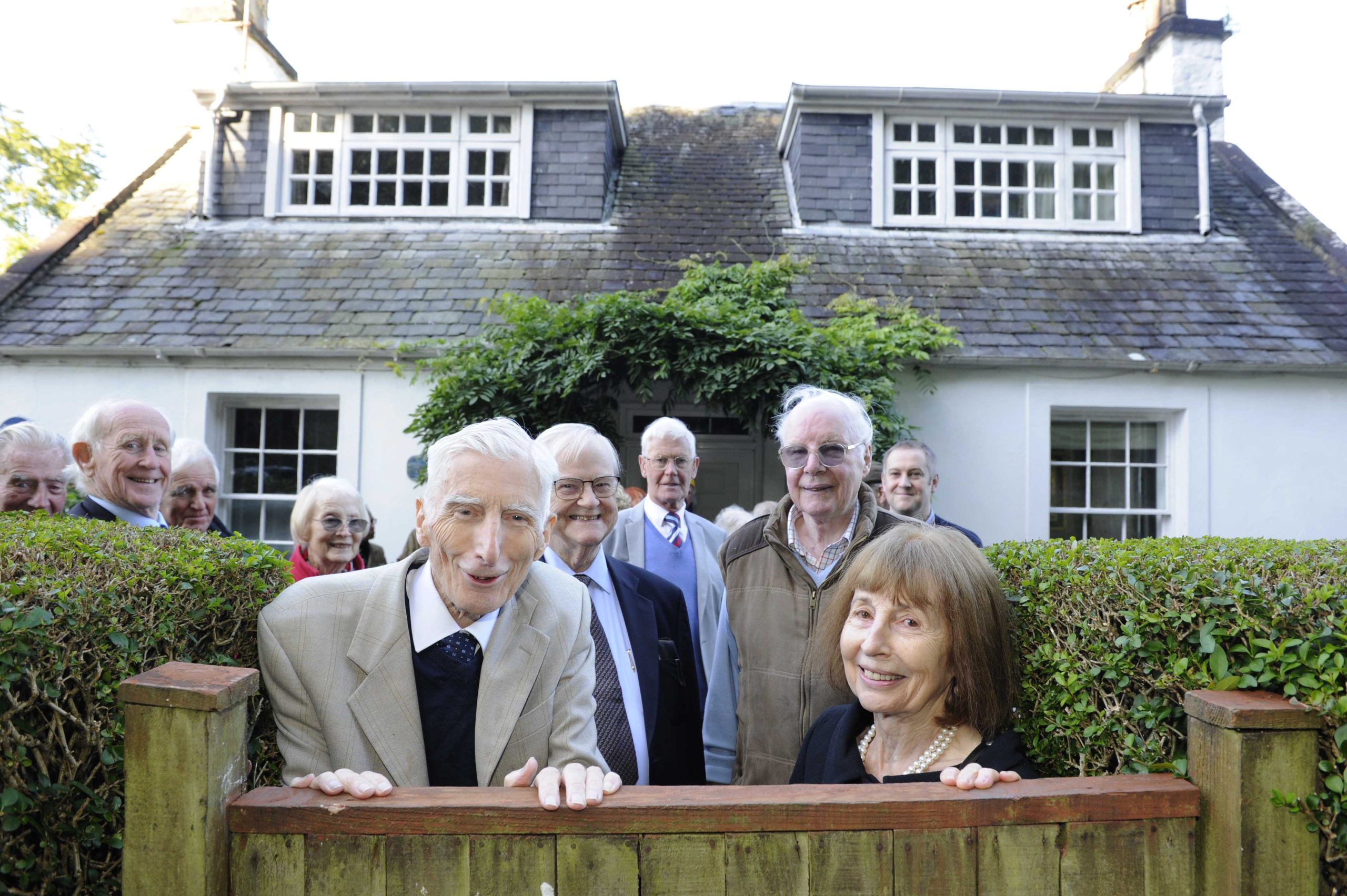 Galloway Nobel Prize winner Sir James Mirrlees was honoured this weekend when a plaque was unveiled at his birthplace and an annual lecture series named after him was inaugurated at Wigtown Book Festival.

A small ceremony was held at the cottage on Saturday morning where The Galloway Preservation Society’s plaque was unveiled by Sir James’ younger brother, Alistair, who had flown in from Canada especially for the occasion.

David Hannay, the society’s chair, said: “We feel it is important that exceptional people from Galloway should be commemorated in the place where they were born. And James Mirrlees was a quite remarkable man, so it is a great pleasure to welcome so many of his family and friends here today.”

Alistair Mirrlees recalled their childhood in Galloway – and the happy times they had living in Newton Stewart and Port William. He added that: “I remember at school he was always absolutely passionate about maths.”

Indeed, at the age of 14 James would sit and read university level maths books on the bus to and from Douglas Ewart High School, where he was Dux. Teachers at the school recognised his talent and did all they could to encourage him – something for which he was always grateful.

While describing Sir James as “a truly remarkable man” with a “very great mind” Patricia said he was much-loved by his students and put a tremendous amount of time and energy into nurturing their talents. The result of this is that his legacy extends far beyond his own work and ideas, with his influence living on through those he taught and influenced.

The lecture was delivered by his old friend the Astronomer Royal, Professor Lord Martin Rees, who was presented with a print of the Orion Nebula by Helena Cochrane, aged 17, from Wigtown who attends the Douglas Ewart High School and is an amateur astronomer who has her own YouTube astrophotography channel. 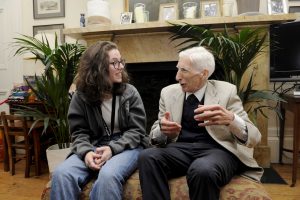 Prof. Rees said: “It was a privilege to know James Mirrlees and to be invited to give this lecture and it’s also lovely to meet Helena who is part of the up and coming new generation of students studying at his old school.”

Helena said: “Martin Rees is an absolutely fascinating man with incredible insights, which will make me think differently about the future of our world.”

Prof. Rees got to know Sir James when they were students at Cambridge and they later became good friends when he was Master of Trinity College where James was Professor of Political Economy.

The lecture The World in 2050 and Beyond, which explored how to deal with the future threats and opportunities facing humanity, was inspired by a talk he heard James Mirrlees give as a young man on what countries should spend now and what they should invest for the future.

A firm believer in the need to redistribute wealth at a global level, the professor said the policies James Mirrlees encouraged the UK and Scottish governments to follow benefitted the lives of around 100 million of the world’s poorer people.

Prof. Rees also argued for the need to redistribute wealth and resources at a global level and to tackle climate change by doing more to develop sustainable energy sources. Indeed he said the moment has come for the wealthy national to instigate “a mega Marshall Plan” for the Global South – with the whole of humanity facing immense risks if this does not happen. 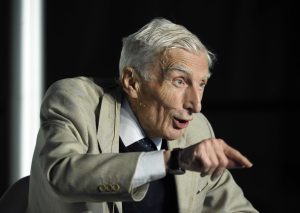 Looking at the threats and opportunities facing the planet, and the human species, Prof. Rees looked at issues as wide-ranging as food supply, green energy technology, space exploration, environmental degradation, biodiversity and biotechnology.

His greatest fear is that the same biotech being developed to help us fight disease can be used to manipulate viruses, including influenza and coronavirus, to make them far more virulent and destructive – raising the prospect of manmade pandemics.

And the concern is that there is never a shortage of extremists prepared to go to any lengths to achieve their aims – he said: “In the Global Village there will be plenty of village idiots, but they will have global range”.

Another pressing issue is the advance of robotics and artificial intelligence, which are increasingly able to outperform humans in a multitude of complex but routine tasks. This means that many roles, including skilled ones in traditionally well-paid professions, will be mechanised.

This process will generate efficiencies and wealth, but the question facing humanity is how the economic benefits of progress are used. Prof. Rees argued that the smart thing to do is to invest them in rewarding humans well for doing the things they are best at, such as caring and nurturing.

Care of the young, the sick and the old are necessary, rewarding and currently hugely undervalued. And, as human lives get longer and science strives to find ways of extending it further, the professor believes the need to care for one another may become even more acute.