Discovery of the Galloway Hoard 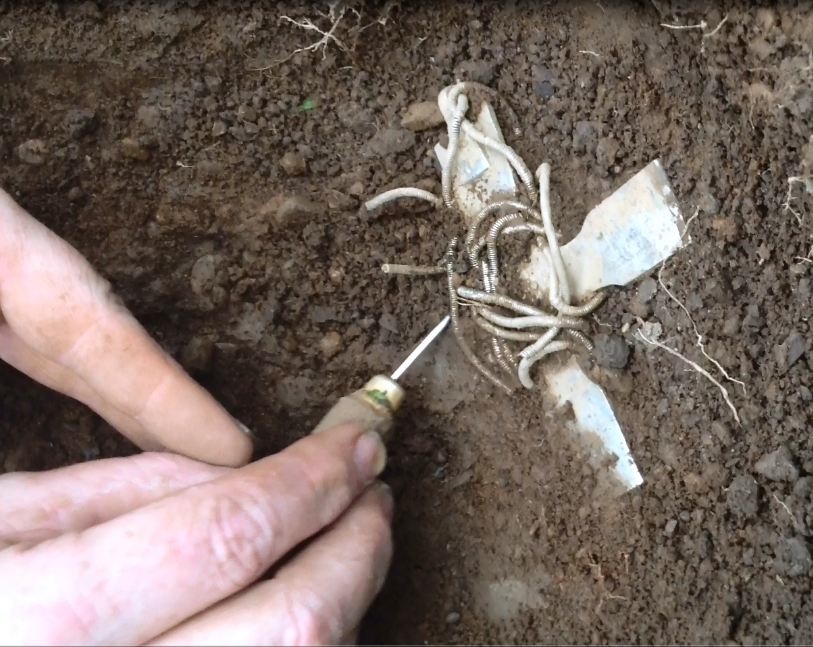 With excitement building before the return of the Galloway Hoard to the region in October, a series of mini pop-up events focussing on the story of its discovery will travel to sites around Galloway.

The Galloway Hoard is the richest collection of rare and unique Viking-age objects ever found in Britain or Ireland. Buried around AD900, the Galloway Hoard brings together an amazing variety of materials and treasures from Ireland, the Anglo-Saxon kingdoms and as far away as Asia. From October 2021 until March 2022, items from the Hoard will be on display at Kirkcudbright Galleries.

In advance of the exhibition in Kirkcudbright, a series of mini, pop-up events will travel round a selection of Galloway venues. Each location will see an informal public event held, including the Dumfries & Galloway Council’s Archaeologist, exploring the story behind the discovery of the hoard itself and the Galloway it was buried in. 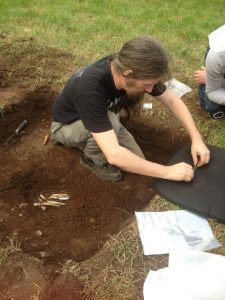 Hear from an archaeologist who was there…

“As we all look forward to the arrival of the Galloway Hoard in Kirkcudbright Galleries this October, it’s been so interesting to find out a bit more about the discovery of this amazing Hoard and the evolving place that Galloway was when it was buried. We hope that this series of mini, pop up events will give people a taste of this, and whet their appetite for seeing the real thing in Kirkcudbright this winter. We’re also delighted to have Andrew Nicholson, the Regional Archaeologist, along for these events – he gives a real insight into the excitement and significance of the find, so its always a pleasure to have chance to chat it over with him. Come along if you can!” 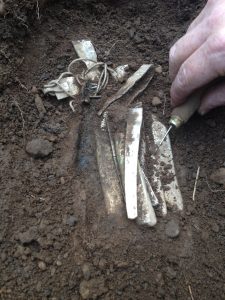 The Galloway Hoard being unearthed in 2014 after nearly 1100 years underground. Credit: A. Nicholson

These events are being organised in partnership between Dumfries & Galloway Council’s museums service and the Galloway Glens Scheme and are funded by the National Lottery Heritage Fund and partners including the Council’s Environment Team.