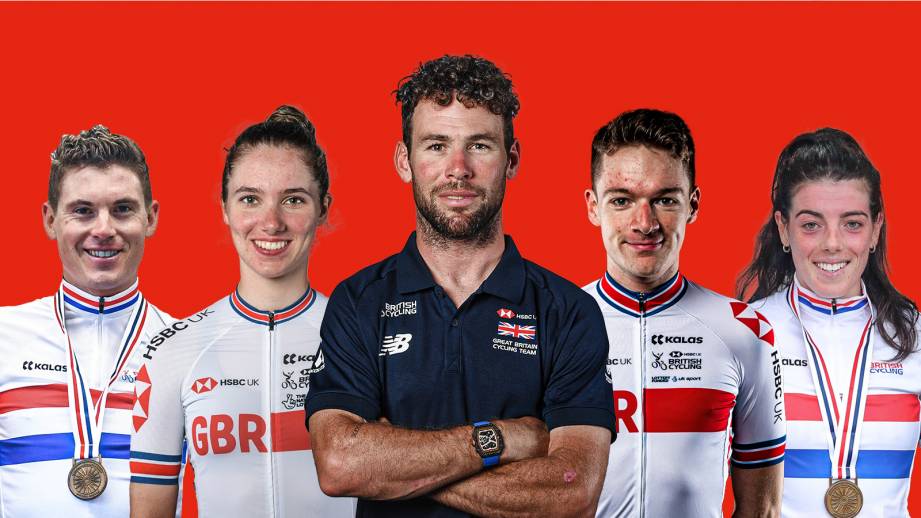 Mark Cavendish, Pfeiffer Georgi, Ethan Hayter, Anna Henderson, and Ben Swift have today been named amongst the riders set to compete for the coveted national champions jerseys at this year’s British National Road Championships, which will take place in Dumfries and Galloway from Thursday 23 – Sunday 26 June.

All five elite national champions from the 2021 championships in Lincoln – Georgi, Swift, Henderson, Hayter and Jo Tindley – will be competing in this year’s races, as the time-trial, circuit and road championships are brought together in an unmissable week of racing.

The championships begin with the time-trials on Thursday 23 June, which will be held at The Crichton in Dumfries, and the 2021 men’s podium of Hayter, Dan Bigham and James Shaw will all do battle once more over the 44.2km course.

They will be joined in the elite men’s category by six-time national time-trial champion Alex Dowsett, who has unfinished business after being forced to abandon last year’s time-trial due to illness.

In the elite women’s category, last year’s podium riders Henderson, Joss Lowden and Leah Dixon will all be returning, and will be joined by the reigning under-23 women’s time-trial champion Anna Shackley, who will be stepping up to the elite category.

In the under-23 categories, defending champion Leo Hayter, Lewis Askey and 2021 junior national time-trial champion Finley Pickering will all be ones to watch, while a strong women’s field will see elite national road race champion Georgi go up against the UCI Women’s WorldTeam duo of Abi Smith and Elynor Bäckstedt.

Jo Tindley secured a famous victory on her home roads in Lincoln last year and will look to defend her title on a technical circuit in Kirkcudbright, after a string of impressive performances in this year’s Tour Series. Her teammate and 2021 bronze medallist Corinne Side will be looking to make the podium again, while Meg Barker, Sophie Lewis, Emma Jeffers and Sammie Stuart all enter the race in fine form after wins at this year’s Tour Series. Jenny Holl will also take to the start line in Kirkcudbright, off the back of winning a European para-cycling tandem title with Sophie Unwin last month.

Harry Tanfield and Lewis Askey will each be hoping to better their podium finishes from last year, while Charlie Tanfield will be lining up alongside his brother. Olympic omnium champion Matt Walls is another one to watch, while junior time trial champion Joshua Tarling and junior road race champion Zac Walker will also be featuring. Tour Series sprint champion Matt Bostock is a hot favourite coming into the race, along with Matt Gibson and Scottish rider Finn Crockett who put in solid performances in the Tour Series.

Ben Swift will look to make it a hat-trick of national road race titles following victories in the previous two editions of the race, but he will face stiff competition from Mark Cavendish, who won his only national road race title on the event’s last visit to Scotland in 2013, and who famously matched Eddy Merckx’s total of 34 Tour de France stage wins last summer.

UCI WorldTeam riders Fred Wright, Owain Doull and Jake Stewart will also take to the start line in Castle Douglas, along with 2018 champion Connor Swift, Walls, and Ethan Hayter, who will be joined by his Ineos Grenadiers teammates Ben Tulett and Ben Turner.

Defending champion Georgi will be amongst the favourites in the women’s race, with Shackley, Smith and Henderson also likely to be in the frame.  Winner in 2019, Alice Barnes will be eyeing a return to the podium, while Josie Nelson will look to build on her breakthrough second place finish in Lincoln last year.

You can find the full rider lists for this year’s championships here, and route information here. For information about opportunities to volunteer at the event please email eliteroad@britishcycling.org.uk.