Sunshine for first round of Enduro World Series in Tweed Valley 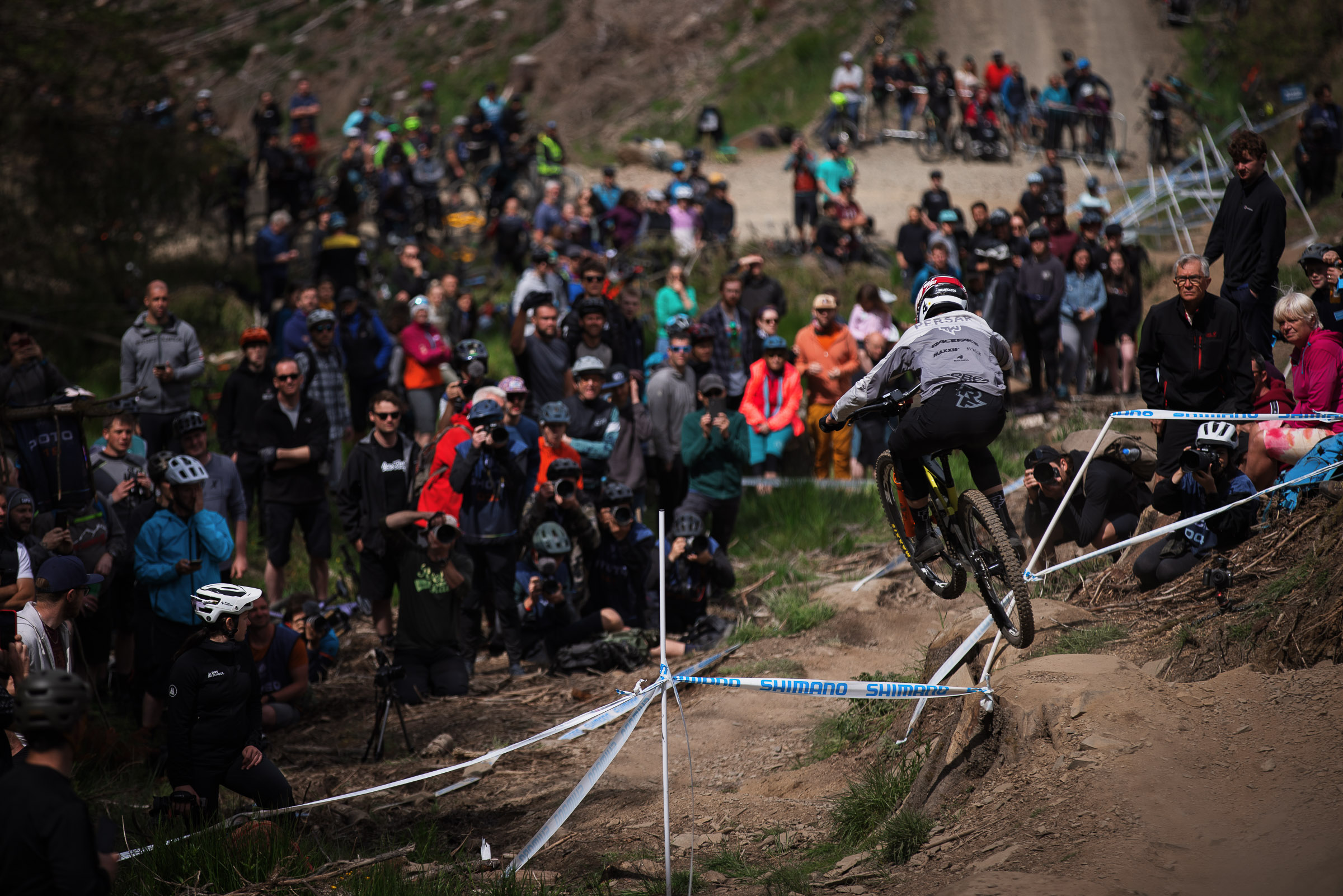 Last weekend Innerleithen and the surrounding areas played host to over 1,100 mountain bike racers and thousands of spectators at the Enduro World Series (EWS) Tweed Valley.

The four day long event was bursting with riders of all ages and nationalities, from EWS-KIDS to elite athletes from over 35 countries around the world, including France, America and Australia.

Thursday saw the start of event week race proceedings with e-bike riders tackling a 13 stage race,with over 2830m of climbing.

Saturday kicked off with a plethora of racing from EWS-KIDS, a huge amateur field and an exciting first stage from the professional athletes. Over 230 of our rising stars took part in EWS-KIDS, supported by Dirt School and delivered by local cycling clubs PCC, KICC and Cranked Cycle Club.

But it was local Innes Graham who stole the show on Saturday when he put down an incredible run to win Saturday’s Pro Stage, before going on to take 3rd overall in the men’s pro race on Sunday, behind Canada’s Jesse Melamed in second and US star Richie Rude in first place.

Event Director Emma Wadee, had this to say about the event:

“We were thrilled to welcome so many visitors and locals to the Tweed Valley for the opening round of the EWS 2022 season. The international teams and riders sung the praises of our local area, its beauty, the warm welcome they received and the amazing race course that the hills provided.

As locals ourselves, the ESO Sports team are extremely proud of Innerleithen, the support we received from local businesses and residents; and not forgetting the huge volume of volunteers that helped us create a truly special event in the Tweed Valley.

The EWS Tweed Valley was supported by EventScotland, Scottish Borders Council and South of Scotland Enterprise.