DUMFRIES AND GALLOWAY TO HOST THE 2022 BRITISH NATIONAL ROAD CHAMPIONSHIPS 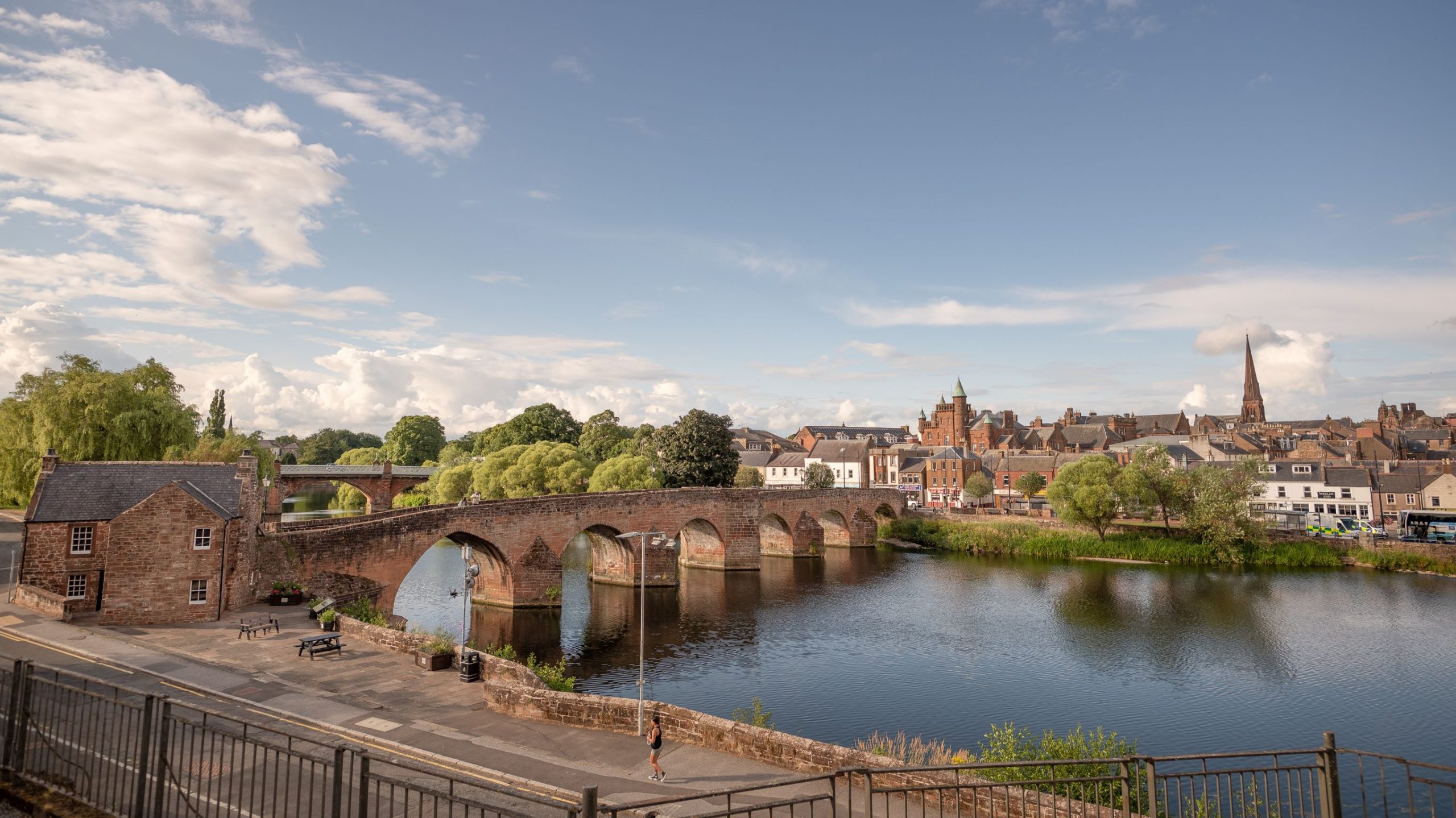 British Cycling announced the 2022 British National Road Championships will take place in Dumfries and Galloway, Scotland, once again bringing together the time-trial, circuit and road race championships into three days of scintillating racing.

Having previously hosted rounds of both the Tour of Britain and Tour Series, Dumfries and Galloway has a proud track record of hosting major cycling events. With the support of EventScotland, part of VisitScotland’s Events Directorate, the region will now host the national championships for the first time, as riders do battle for the coveted red, white and blue national champions’ jerseys.

The championships will begin with the time-trials, starting and finishing on the picturesque Crichton Estate in Dumfries, with riders taking in Caerlaverock Castle and Nature Reserve on Thursday 23 June. Ethan Hayter and Anna Henderson will look to defend their titles, having won their first senior time-trial titles in Tealby last year.

The circuit races will then take place on the following day on a fast but technical 1km circuit around the historic port town of Kirkcudbright. Lincoln-based Jo Tindley took a famous home victory in the 2021 championships, while Hayter added to his time-trial title in a thrilling battle under the lights.

Finally, the road races will start and finish in Castle Douglas, which successfully hosted a round of the Tour Series in 2021 and the finish of the first stage of the Tour of Britain in 2016. The route will pass through the centre of Castle Douglas a number of times during each race, while also taking in the challenging local terrain. Pfeiffer Georgi won her debut national champions’ jersey in Lincoln last year, while Ben Swift will be looking to make it a hat-trick of titles in Castle Douglas after victories in 2019 and 2021.

Ahead of today’s announcement, he said:

“I can’t wait to race the nationals again. Retaining the title in Lincoln last year is up there with one of the very best days of my career – and also one of the hardest! The racing in the nationals is always brutal and, with the incredible breadth of British talent out there right now, I’m sure the race on Scottish soil will be one to remember. I’ll be gunning for three in a row.”

The 2022 championships will bring together the time-trial, circuit and road events for only the second time, following the huge success of October’s championships in Lincoln. As the event now returns to its traditional summer calendar slot, British Cycling Chief Executive Brian Facer is looking forward to seeing the event go from strength-to-strength in 2022. He said:

“The British National Road Championships is one of the real highlights of the British racing calendar, and we’re delighted to be working with Dumfries and Galloway Council and Event Scotland to take the event back to Scotland for the first time since 2013.

“With the three races taking place in the space of four days, last year’s championships once again raised the bar for the event, and I can’t wait to see thousands of fans lining the roads once again in June to cheer on the country’s best road riders and the stars of tomorrow. I know just how much it means for riders to pull on the national champion’s jersey, and I’m sure we’ll be treated to more brilliant racing as they do battle for the honour again this year.”

The British National Road Championships is the latest in a series of the sport’s showpiece events to be hosted in Scotland, including the UCI Track Nations Cup and UCI BMX Racing World Cup in Glasgow this spring, the Tour of Britain and Tour Series, and the inaugural 2023 UCI Cycling World Championships taking place in Glasgow and across Scotland next summer.

“The thousands of cyclists and cycling fans in our region will be thrilled to learn that Dumfries and Galloway is to host the British National Road Championships. The Council is serious about supporting cycling events and we are delighted that British Cycling has chosen to come to Dumfries and Galloway for these championships. The three days of elite races will be must-see events for thousands of local people and visitors, and take place against the backdrop of many beautiful parts of the South of Scotland,” said a spokesperson from Dumfries & Galloway Council.

“EventScotland is delighted to be supporting the 2022 British National Road Championships in Dumfries and Galloway as part of an exciting calendar of cycling events taking place this year as we build towards the first-ever UCI Cycling World Championships in 2023,” said Paul Bush OBE, VisitScotland’s Director of EventScotland.

“The region has a strong track record in delivering cycling events having hosted some of the country’s leading road cycling races, including the Tour of Britain and the Tour Series, and will provide the perfect stage for this year’s British National Road Championships.”

Route details and further information on the event will be published in due course.