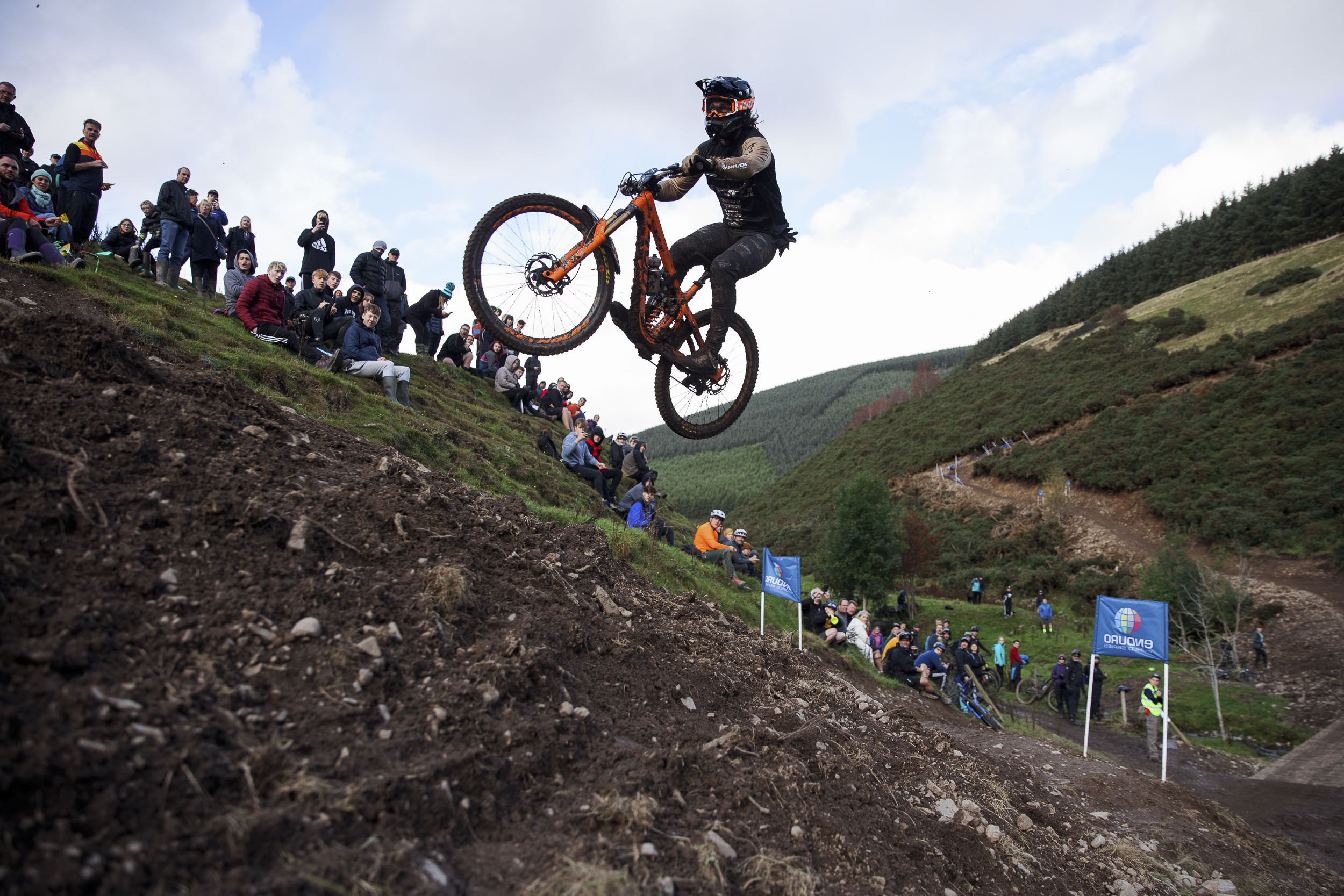 An Innerleithen-based company has revealed the positive legacy of their mountain bike event in the area last October, after contributing more than £13,000 to local causes.

The Enduro Sports Organisation (ESO) are the owners and operators of the Enduro World Series (EWS), the largest enduro mountain bike race series in the world, who last October hosted an international race festival near Traquair. The event attracted over 15,000 visitors to the area, who flocked to see some of the biggest names in cycling compete over three days of intense competition.

However, it’s the event’s legacy in their home community that the company are most proud of, with EWS donating £13,000 to local charities and projects.

ESO worked closely with local charity the Tweed Valley Trails Association (TVTA) to complete two projects that will benefit the area all year round. A new multi-use path, gates and bridge were built in Walkerburn, behind the popular Caberston Cafe, at a cost of £10,000. The new infrastructure allows locals and visitors alike to enjoy a beautifully scenic multi-use path to Caberston Forest.

As well as benefiting from improved access from Walkerburn via the new path, users of Caberston Forest now also have access to a new and improved climbing trail from the top forest road to the Kirnie Law reservoir, which was funded by ESO and Santa Cruz Pay Dirt project and built by the TVTA.

Over £1,300 were raised for the charity, including entry fees from ride outs with Bike Valley Trails and Dirt School, volunteer donated expenses and from event partners, Tempest Brewery Co, who donated for every beer sold on-site in the festival village. 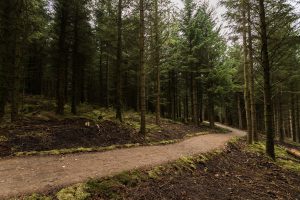 A multi-use path in the Caberston Forest is a direct result of the charitable donations from the Enduro event.

Tweed Valley Mountain Rescue Team benefited from the event, with over £1,800 donated to support the vital work they do in keeping forest users safe all year round. This was raised from volunteer expense donations, entry fees for the EWS Send It Skills event and donations from the EWS-KIDS race entries.

Children’s clubs in the area were recognised for their important contribution to developing young cycling talent, as well as delivering the EWS KIDS programme at the event in October, which attracted 250 young people.  Their support included trail development in the months leading up to the event, the smooth on-site running of EWS KIDS races and the EWS Send It Skills evening. ESO has ring-fenced the entry fees from EWS KIDS into a fund that will support the future development of youth MTB across the region, allowing Peebles Cycling Club (PCC) and Kids Innerleithen Cycling Club (KICC) to spend the money as needed.

Ian Grant, one of the organisers behind EWS Kids, said: “The commitment from the ESO team to making kids’ events a priority comes from the very top and the support we have from their professional team is exemplary.”

However, it’s not only monetary contributions that ESO will leave as the event legacy, with over 95 event volunteers provided with free first-aid training sessions, giving them skills they can use both in the community and at other events. The training was provided by Jen Isherwood of First Aid Borders alongside EWS Tweed Valley’s Chief Marshall Helen Findlay. 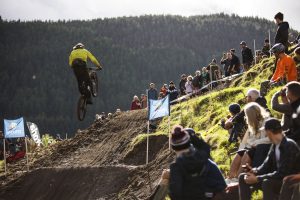 Positive contributions to the community are made before, during and long after the Enduro event.

The local mountain bike trail network also received a boost with EWS Tweed Valley’s course team carrying out over 400 hours of maintenance both before and after the race.

Emma Wadee, EWS Tweed Valley Event Director, said: “We can’t thank the local community enough for the way they have embraced this event and contributed to its outstanding success. To every single person who volunteered, raced, spectated or supported the event in a myriad of ways we extend our sincere thanks – we could not have done it without you.

“We truly believe the Tweed Valley is a special place and we hope that by supporting local charities and the amazing community here we can ensure our legacy lasts long after the final racer crosses the finish line.”

EWS Tweed Valley will take place again this year from the 2nd – 5th June in Innerleithen.