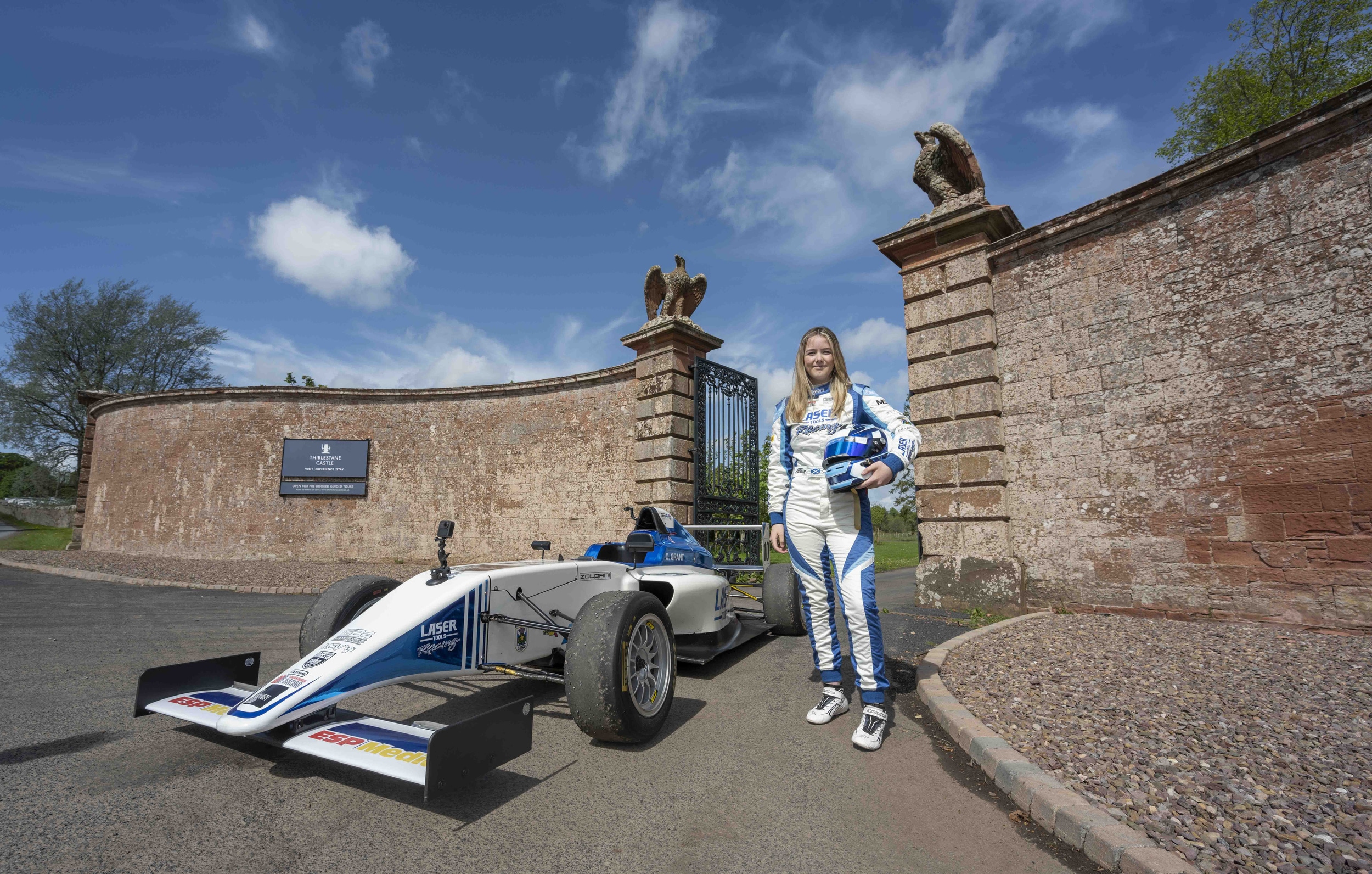 Thirlestane Castle has welcomed young Scottish motorsports star, Chloe Grant (16), to test its sprint track with only one month to go before it hosts the Sir Jackie Stewart Classic .

Taking place in Lauder in the Scottish Borders, the event will be the biggest motoring event in Scotland this year and is set to welcome thousands of visitors for live motorsport action, memorabilia displays and an award-winning classic car show.

Chloe Grant, from Perth, began racing at 7-years-old and has since competed in championships around the UK. Part of the Laser Tools Racing team, she has been crowned with the Rising Star Award from the Scottish Motor Racing Club and the Junior GoldStar Award from the British Women Racing Drivers Club.

She tested the Castle’s freshly refurbished driveway in her Graham Brunton prepared F4 car that will be used as a sprint track for exhilarating live action from the Scottish Motor Racing Club with over 50 contemporary, classic and vintage cars, including Formula 1 cars, sweeping up the track during the weekend.

Sir Jackie Stewart will also do a parade on the driveway in the car which led him to his first Formula 1 world championship in 1969, giving visitors the chance to watch him live and snap a picture of the Flying Scot, one of Scotland’s top sporting icons.

The event is being held in aid of Race Against Dementia, a global charity set up by Sir Jackie Stewart to raise vital funds for research into a cure for dementia, a disease which impacts 50 million people worldwide including his beloved wife, Helen.

“The Sir Jackie Stewart Classic is a great opportunity to showcase Scottish motorsports and get up close and personal with some of the greatest cars ever made. I am really proud to be joining the sprint in such an amazing location and all for such a great cause,” said Chloe Grant. 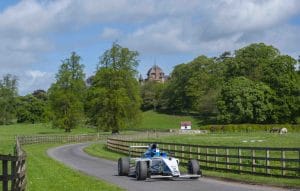 Elsewhere, the Borders Vintage Automobile Club will celebrate its 50th anniversary by bringing more than 1,200 vintage and classic vehicles.

The event will showcase the best of Scotland’s culture, from local produce in the food and retail village, to arts and crafts, as well as activities for children of all ages including kart simulators, rides, games, a bouncy castle, bungee trampolines and more.

Tickets start at £20 for adults and £15 for concessions, with kids under 12 able to attend the event for free.