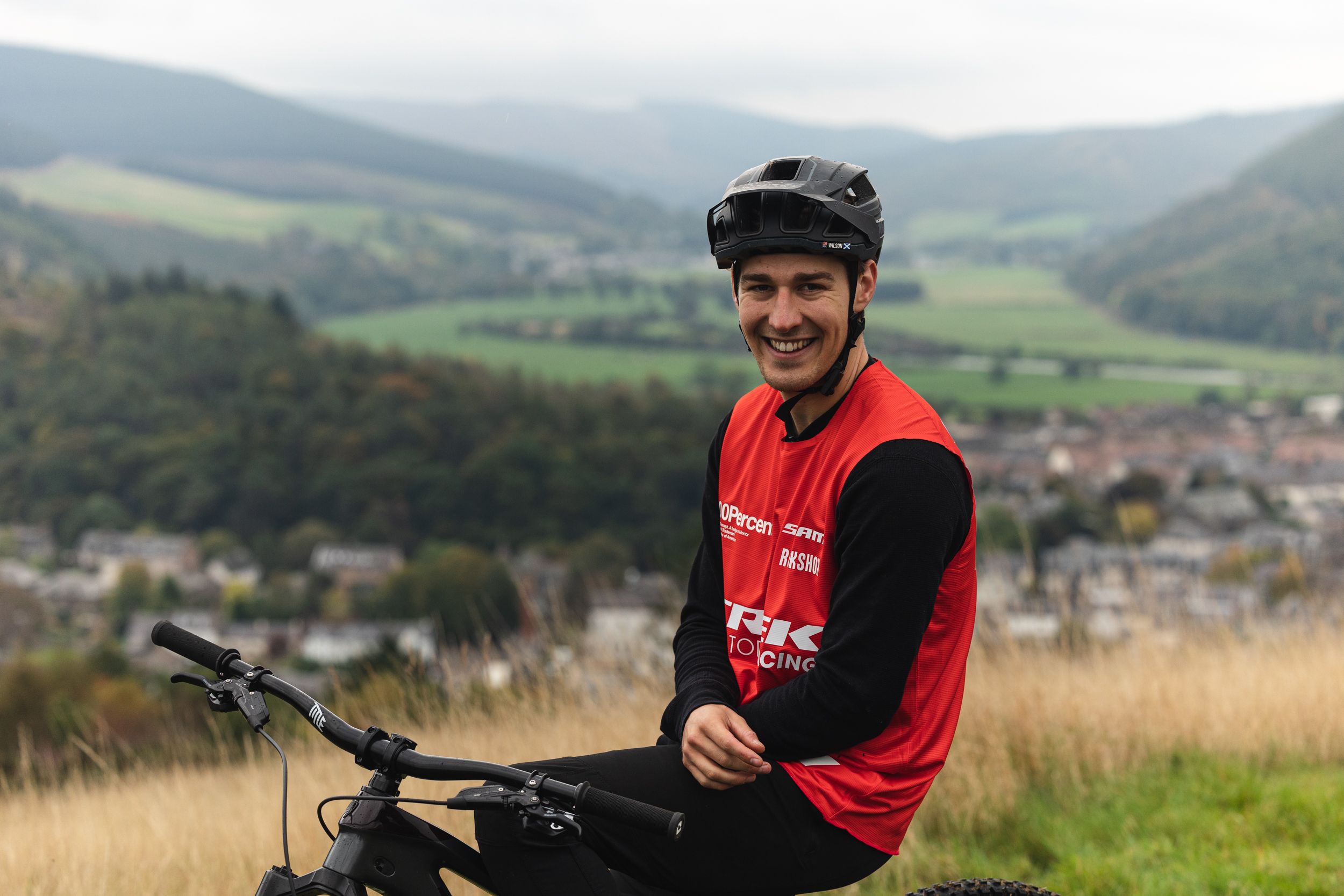 As he bids to become world champion again, mountain biker Reece Wilson is flying the flag for the South of Scotland as a must-visit destination for cycling and outdoors adventures

With cycling and staycations continuing to rise in popularity in the wake of the global pandemic, one of the world’s leading mountain bikers, Reece Wilson, is urging more people to visit the Scottish Borders and explore its ‘world-class environment’ for outdoors adventures.

Downhill mountain bike specialist Wilson, who has lived in the Scottish Borders in the South of Scotland for his whole life, became world champion in 2020 and is one of the world’s top five riders. Ahead of bidding for the number one spot again at the 2022 Mountain Bike World Cup series which starts next month, Wilson has taken on a role as an ambassador for the South of Scotland.

Teaming up with the South of Scotland Destination Alliance (SSDA), he is helping to bring more visitors to the Scottish Borders, which is home to renowned 7stanes mountain biking hotspots of Innerleithen and Glentress, and also Dumfries & Galloway, which also boasts 7stanes trails such as Kirroughtree and Forest of Ae.

The 25-year-old first honed his skills on a mountain biking course at Borders College before going on to compete all over the world. But Wilson says the Scottish Borders boasts some of the best mountain biking in the world and should be a must-visit for all kinds of outdoors activities and adventures.

Wilson has written a blog for the Scotland Starts Here website featuring his favourite places in the Borders where he grew up including the Eildon Hills and taking fish and chips in Eyemouth.

In a new video released today as part of the SSDA’s Scotland Starts Here campaign, Wilson said: “I’m fortunate that I get to travel all over the world for races, but every time I come home to the Scottish Borders I have a new appreciation of the mountain biking here and this beautiful place I get to call home.

“When it comes to mountain biking, it doesn’t get much better than the Scottish Borders, it’s a world-class environment. There’s something for riders of any age and ability here, from the more technical trails in Innerleithen to the flowing family-friendly routes of Glentress.

While Scotland’s reputation for wet weather is sometimes seen as a negative, Wilson says the muddy mountain bike trails in the Scottish Borders helped him become world champion and are a must-visit for mountain bikers of all levels.

“It maybe doesn’t have the sun all the time, but riding in muddy conditions actually helped me become world champion. When I won the World Championships in Austria, it was really wet and that played into my favour. Speaking to other top riders around the UK and the world, I know that a quite a few of them are keen to come and train here in the Borders and see if they can improve their skills.”

While the Borders is renowned for its mountain biking, the wider South of Scotland region also offers superb locations for the increasingly popular sport of gravel biking. In neighbouring Dumfries and Galloway, the Galloway Forest Park has become a leading destination for gravel biking with the area hosting the international Raiders Gravel Galloway event in 2022. With its undulating, quiet roads and multiple routes, The South is also popular with road cyclists. 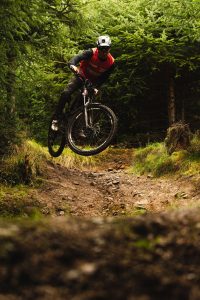 Beyond biking, Wilson is also a keen golfer and a passionate advocate of getting outside to improve wellbeing. He said: “I think everyone has to be conscious of spending more time outside for their physical and mental health. I love being outdoors, I get ants in my pants when I’m inside. When I’m not riding my bike, I spend a lot time walking and playing golf and there’s no better place to do that and get away from it all than the Borders.

“We’re losing a lot of places around the world that are like this that are so natural, untouched and green. I feel really lucky to have grown up in the Borders and have this kind of scenery on my doorstep. There are endless opportunities here to get outside and have adventures.

“I’d definitely encourage more people to come and visit the Borders and the South of Scotland. I think a lot of people come up from the south and perhaps pass through the Borders on their way somewhere north, but there’s so much to discover here – when you spend some time here it will definitely give you something back.”

“I’ve thought about moving elsewhere, but every time I come home, I realise how much I absolutely love the Borders. I’m here for life.”

Ross McAuley, chief executive of the SSDA said: “We’re proud to have a world champion living here in the Scottish Borders and flying the flag for the South of Scotland. Reece is born and bred in the Borders and is incredibly passionate about promoting the area to others. We’re delighted to have Reece as an ambassador and supporting our Scotland Starts Here campaign to help encourage more people to visit this beautiful part of Scotland, whether that’s for mountain biking or simply to get away from it all and have some adventures.”