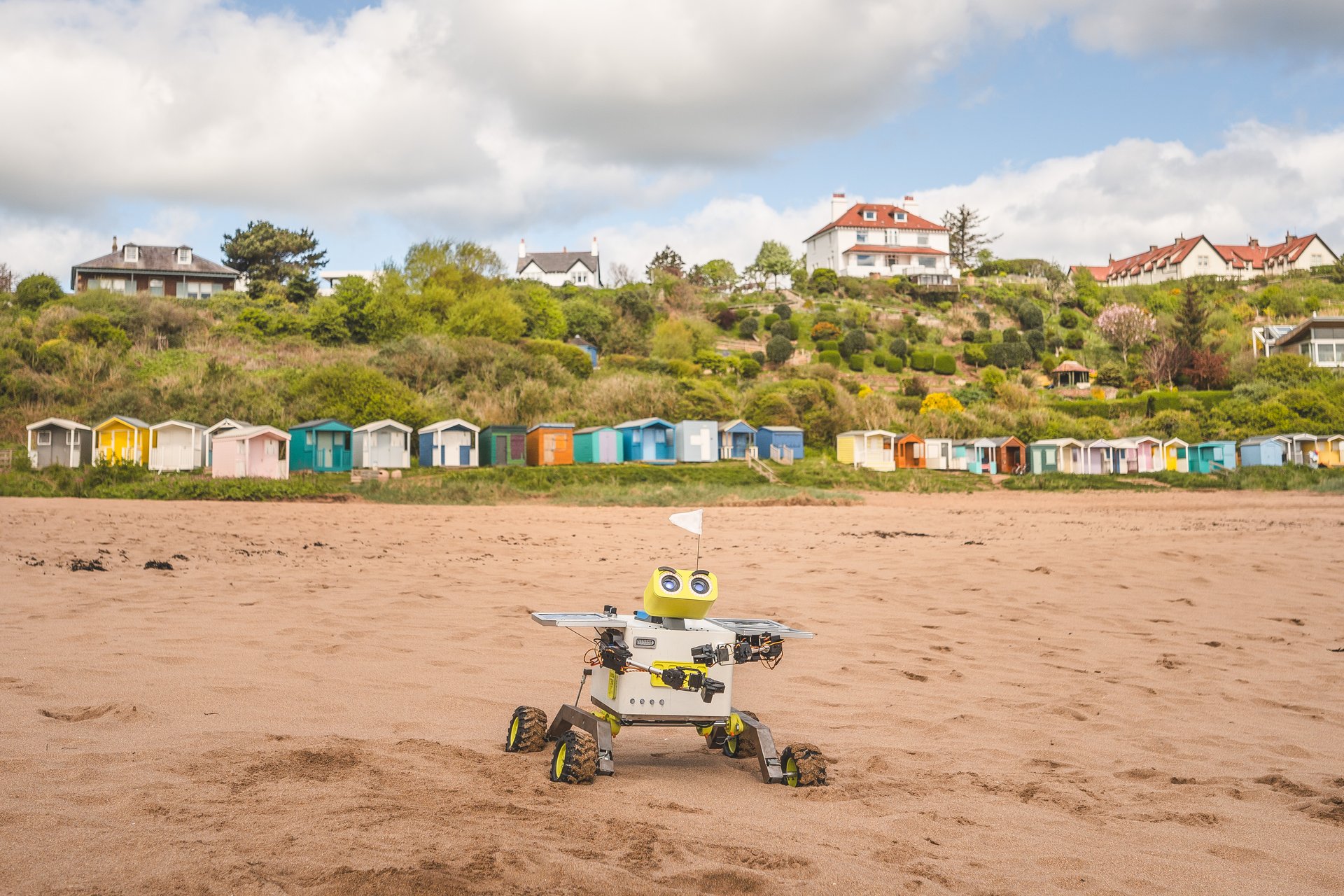 A specially designed roving robot called TA-M has been exploring the Scottish Borders and Dumfries & Galloway as part of a mission to encourage more holidaymakers to visit the beautiful but relatively unknown South of Scotland.

From visiting the beach at Coldingham Bay in Berwickshire to being fitted for some fetching knitwear at Johnston’s of Elgin in Hawick and visiting Bruce’s Stone at Loch Trool, TA-M (The South of Scotland Adventure-Module) has been roving around the South of Scotland seeking out interesting landmarks, locals and experiences.

Inspired by NASA’s robot geologists and their missions to Mars, TA-M has been created to uncover everything the region, which stretches across the foot of Scotland, has to offer.

TA-M’s investigations into holidaying in the South of Scotland, which also sampling some fresh and tasty treats at Wilson’s Farm and Kitchen near Kelso, have been captured on TA-M Cam to be reported back to holidaymakers seeking out new and undiscovered destinations. 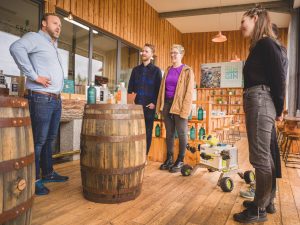 TAM will be spearheading the Curiosity Starts Here campaign and visiting destinations throughout the south of Scotland.

Curious about the South of Scotland

The roving robot is spearheading a new ‘Curiosity Starts Here’ marketing campaign launched by the SSDA to showcase the myriad attractions of the beautiful, unspoilt South of Scotland.

A launch video featuring TA-M has been created revealing landmarks and attractions, from vast, sandy beaches to stunning star-lit skies and distilleries, and encounters with locals across the South of Scotland.

Ross McAuley, chief executive of the SSDA, said: “The South of Scotland is arguably one of the most unspoilt and stunningly beautiful parts of the UK. There’s so much to see, do and explore in the region – it’s one of the few parts of the country you can still truly discover. The area offers stunning beaches and coastline, delicious local food and drink, fascinating history and heritage, adventurous activities and a wealth of nature and wildlife.

“As part of our new ‘Curiosity Starts Here’ Campaign, TA-M is designed to inspire countless future visitors to experience all our region has to offer. You might say, ‘One small step for TA-M, many giant adventures for mankind!’

“I believe the South of Scotland could be the best sustainable tourism destination in the UK, with the added advantage of the peace and quiet to take it all in and escape the crowds. Our focus is on encouraging sustainable and manageable growth in tourism. We aim to support the local economy and communities across the region.” 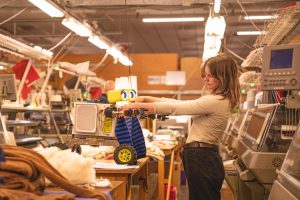 Businesses are encouraged to get in touch to have TAM visit them throughout the year.

Mairi Gougeon, MSP, Cabinet Secretary for Rural Affairs and Islands, said: “Tourism is vital to the Scottish economy, especially in our more rural areas, such as the South of Scotland. As we emerge from the pandemic, we have to do all we can to support our rural businesses, and attracting visitors is more important than ever. I welcome the ‘Curiosity Starts Here’ Campaign, including the innovative robot T-AM, and I’m sure it will help put the Scottish Borders and Dumfries & Galloway firmly on the map.”

Annique Armstrong, VisitScotland’s interim Regional Director said: “The South of Scotland is a beautiful part of the country offering a diverse range of experiences for visitors. With its stunning coastline, unspoiled landscape, fantastic food and drink and exciting festivals and events, this unique campaign will help open up the region to new audiences.   This campaign will provide a boost to local tourism businesses and support the recovery of this vital part of Scotland’s economy.”

TA-M’s exploration exploits and the warm welcome he receives as he continues his journey are captured in video footage to be screened across social media channels as well as on digital billboards in Glasgow, Edinburgh and Newcastle.

TA-M is planning to explore as many businesses as possible across the region and businesses are encouraged to invite him for a special visit, which will be publicised on social media and local press. 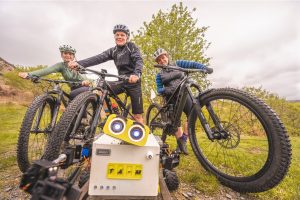 Research commissioned by SSDA from consultancy Yonder and published earlier this year found the South of Scotland has many of the attractions of such tourist hotspots as Cornwall and the Cotswolds, but also offers the added bonus of peace and quiet.

Based on the survey of more than 3,400 people, a group called ‘metropolitan adventurers’, a target market worth £2.1 billion, was identified who are looking for breaks to switch off from day-to-day life.

Ross McAuley added: “We believe metropolitan adventurers, and many others, can enjoy the holidays of their dreams in our largely untapped region. We’re confident TA-M will help spread the word that ‘Curiosity Starts Here’ in the South of Scotland.”