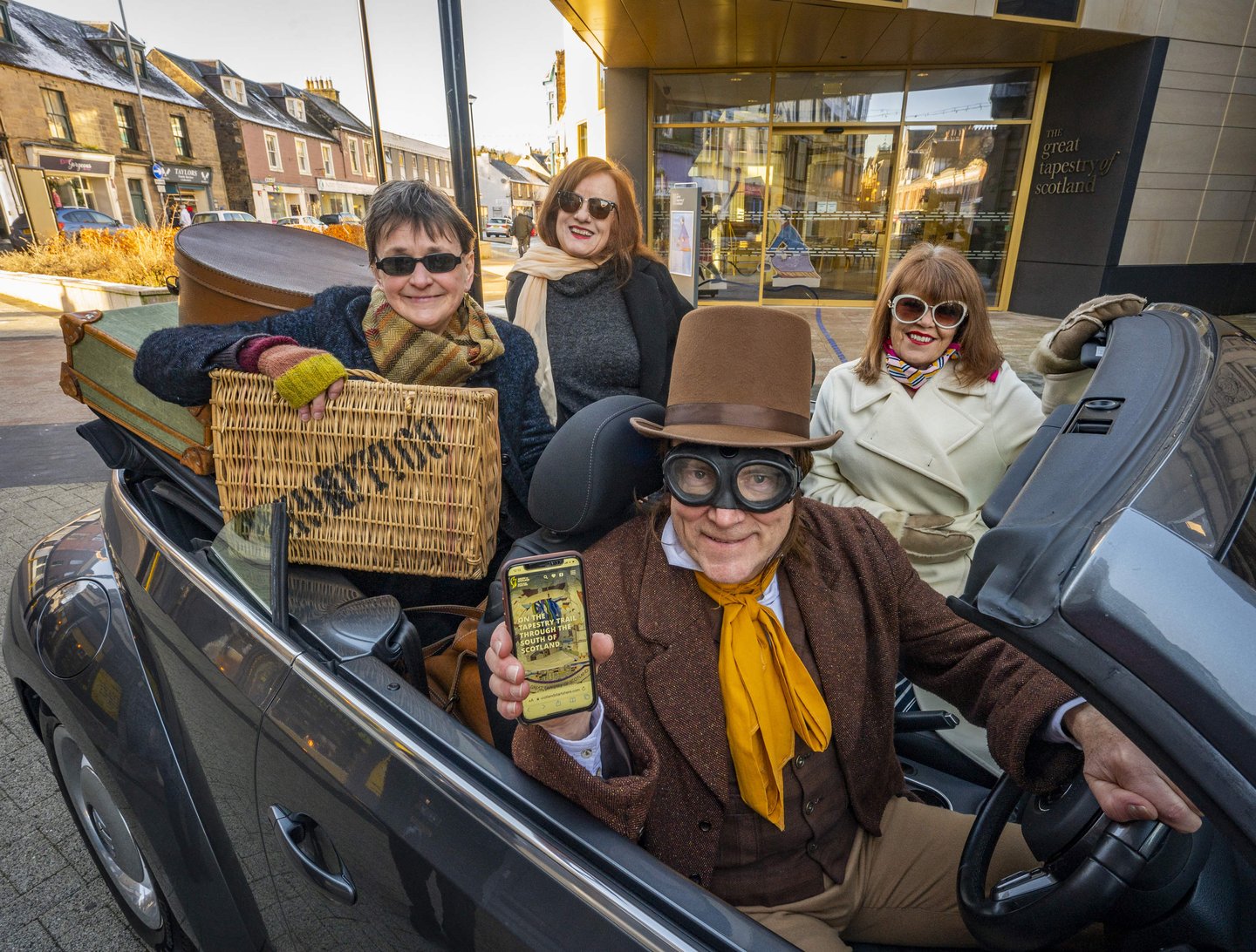 Two new driving trails have been formally launched by the South of Scotland Destination Alliance (SSDA) and partners today, designed to immerse visitors in the story-filled landscape of the south of Scotland as they follow in the footsteps of Robert Burns and experience the parts of the region immortalised in the magnificent Great Tapestry of Scotland.

Created using new digital functionality funded through VisitScotland’s Destination and Sector Marketing Fund, the Great Tapestry Trail and the Burns Trail on the SSDA’s Scotland Starts Here website have been painstakingly curated to guide visitors around key landmarks in the Scottish Borders and Dumfries and Galloway, highlighting great places to stay, eat and discover along both themed journeys.

“The south of Scotland is absolutely jam-packed with fascinating stories and heritage just waiting to be discovered. In developing these two new driving trails, we’ve worked hard with our partners to showcase the stand-out highlights of our region’s connections with both Burns and the Great Tapestry, while weaving in lots of useful recommendations for fantastic places to stay, eat, drink and visit along the way, said Sarah Macdonald,  SSDA Project Lead – Stories Experience Collection, who co-designed both trails for Scotland Starts Here.

“It’s especially exciting to be unveiling these new trails in 2023, which promises to be such a momentous year for the whole of the south of Scotland – not only were we named among the 30 best places in the world to visit this year by Lonely Planet but we’re champing at the bit to launch our epic new 250-mile Coast to Coast cycle route from Stranraer to Eyemouth this summer.”

“Ellisland is the only home built by Burns and definitely the best preserved and most authentic and romantic. Some of Burns’ most creative years were spent in Dumfriesshire and of course he was greatly inspired by the Borders, so bringing the two together in both these fantastic new trails makes perfect sense, ” said Joan McAlpine, Business Development Manager at Burns’ former home Ellisland Museum & Farm, which features in both trails.

“We are delighted to be have been part of this fantastic project with SSDA. Many of the 160 panels in the Great Tapestry of Scotland feature the compelling and rich history of the people and landscape of the south of Scotland. The Tapestry trail vividly brings stories to life of history, heritage, battles and culture across the entire region. It is such a compelling journey travelling to locations which feature in the tapestry, everyone will find something to explore and intrigue them,” said Sandy Mawell-Forbes, Centre Director The Great Tapestry of Scotland.

“The South of Scotland is steeped in history and these itineraries will help bring to life the region’s fascinating past, encouraging visitors to uncover the  hidden gems, attractions and diverse places to eat and drink.

“By encouraging visitors to stay longer, visit all year round and explore more widely, they can in turn contribute to the sustainable quality of life of the communities they encounter. Tourism is a force for good. It creates jobs, sustains communities and contributes significantly to the economy,” said Annique Armstrong, VisitScotland Destination Development Director for the South of Scotland.

The 187 mile-long Burns Trail takes visitors on a six-day tour from Berwickshire to Dumfries, following in the footsteps of Scotland’s national bard. The journey takes inspiration from the tour of the Borders the then 28-year-old Burns took in May 1787 with his friend Robert Ainslie, beginning in the coastal town of Eyemouth, where the pair were made Royal Arch Masons of St Ebb’s Lodge – to this day, the cutlery Burns used at his repast are still treasured by the Eyemouth Lodge.

The Burns Trail then progresses westwards, passing the ruined abbeys of Kelso, Jedburgh and Melrose, the Border towns of Selkirk and Galashiels and into Dumfries and Galloway, visiting Moffat and Ellisland Farm where Burns and his family lived for three years in the late 1700s and where he wrote Auld Lang Syne before culminating in Dumfries, the place of his death in 1796 at the young age of 37. 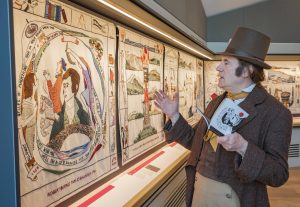 Robert Burns is the subject of a new driving trail through the South of Scotland.

The Great Tapestry of Scotland is the result of a Scotland-wide community art project involving 1,000 stitchers aged four to 94 to tell the colourful history of Scotland from pre-history to the modern day, featuring battles, Romans, religion, Vikings, innovation, sport, kings and queens and much more.

The 143m-long tapestry, first exhibited in 2013 at the Scottish Parliament and now housed in a new, purpose-built exhibition space in Galashiels, is made up of 160 beautifully embroidered linen panels made over 50,000 hours with 300 miles of wool thread.

Visitors spending seven days travelling along the 283-mile Great Tapestry Trail start at the Tapestry Centre itself before wending their way to the Berwickshire coast and then west again to the Border towns and Abbotsford, home of great historical novelist Sir Walter Scott.

The trail then weaves in Roman history with a stop at Trimontium Museum, Melrose where in AD80 the Romans established a major fort and which is one of the UK’s most significant archaeological sites from that period.

Taking in the fascinatingly-named Devil’s Porridge Museum just outside Gretna next, which pays tribute to the world’s largest WW1 munitions factory, trail-followers will then catch up with Robert Burns in and around Dumfries before heading to Wigtown, Scotland’s national book town and the location for cult film The Wicker Man, which celebrates its 50th anniversary in 2023.

Stopping to see the ruins of Glenluce Abbey where Mary, Queen of Scots once dined and slept while on a pilgrimage to Whithorn, the trail ends at the dramatic clifftop lighthouse in the Mull of Galloway – Scotland’s most southernmost point, at the end of the Rhins of Galloway.