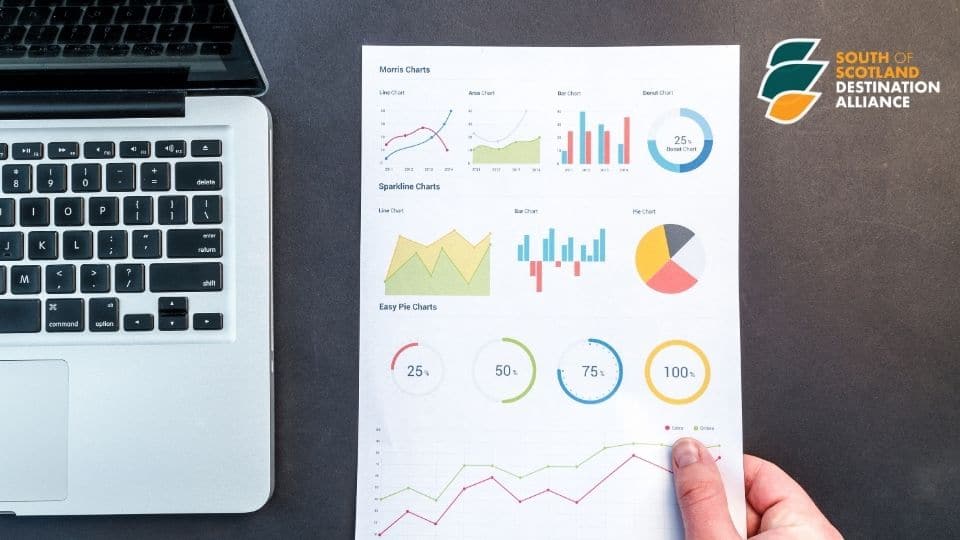 This week as part of the STA Destination Forum we were invited to present a South of Scotland update to Cabinet Secretary Fergus Ewing MSP.  To support our view on the challenges created by the COvid-19 pandemic at a destination level, we undertook a flash survey over the weekend which provided us with some stark results which have now been analysed and communicated to our key stakeholders, industry partners and the Scottish Government– thank you to everyone who took the time to complete this.

The South of Scotland is not currently recognised as a distinct and discrete destination that resonates in visitors’ minds. As a region we do not have a strong market position and while we had seen an uplift in visitor numbers and spend over the past three years, we have been underperforming for a long time. That is why in May this year we formally constituted the South of Scotland Destination Alliance, bringing together Dumfries and Galloway and the Scottish Borders into one single DMMO with the ambition to develop the region into a year-round, first class destination.

Our position on the doorstep of 14 million people across the central belt of Scotland and north England, allowed us to benefit greatly from the staycation boom over the Summer and that gave us an insight into the potential visitor base for the future. But the optimism was short-lived.

The past three weeks has seen our region sandwiched between a myriad of hospitality restrictions, curfews and closures to the north and rising Tier levels of alert to the south, essentially reducing our visitor reach and the subsequent loss of confidence in travel has resulted in many cancellations.

Our industry in the South has been operating at a reduced capacity since the Scottish Government announcement on 7th October – 67% have been running at less than 50% capacity with most between 1-10% capacity. Only 0.5% have been running at 90-100%. Staff levels required to look after guests is 60% or less than usual. Furthermore, we are losing hope of retaining or attracting new bookings and visitors in the coming weeks and months. Business investment in becoming ‘Good to Go’ on the understanding that we could be operational into the future is now seemingly wasted investment.

We are in yet another period of limbo and uncertainty as we wait to hear what tiers we are in and what travel restrictions will be in place.

As we look to the end of the year and a vulnerable Winter ahead, we’re facing even greater uncertainty with the anticipated 5-tier system being introduced to Scotland at a time when our English neighbours are struggling to understand their own 3-tier system. Visitors don’t understand what they can and can’t do, where they can and can’t go and for those of us working and operating on the border, the disparity in rules, restrictions and messaging is amplified and is having dire economic consequences. 67% of SSDA survey respondents say that being on the border is affecting their business in terms of cancellations / people not travelling / different restrictions.

Feedback from our businesses tells us that guests don’t want to stay in hotels or dine in restaurants if they can’t relax with a drink, particularly as they can stay or head across the border and enjoy a meal with drinks in England. Many have temporarily closed until 2nd November at the earliest, exhausted physically and mentally from navigating the many constant changes over the past few months, and await further clarity before they re-open, if they do. Most hotel and restaurant cancellations for November are because guests can’t drink with a meal – if there was a way to allow moderate drinking at the dinner table in a safe, Covid secure environment it would give some hope of rescuing the winter months.

Our industry needs clarity and decisive action now for what the next few months look like – particularly as we all need the business uplift that Christmas traditionally brings. Being able to plan, ensure some business continuity and support our own supply chain at this time is essential. A digital Christmas will not protect vital Winter income that businesses depend on.

Like many of our tourism colleagues across Scotland, businesses in the South face difficult staffing decisions in the coming weeks. With furlough coming to an end the prospect of no visitors and no support means reduced hours, short-term working notices and redundancies because the Extended Job Support Scheme isn’t viable for all. Our supply chains – cleaners, laundries, gardeners, food and drink producers, toiletry producers, plumbers, electricians (the list is countless) – are also at risk as business slows significantly. Our weddings and event businesses, including those at Gretna Green, Scotland’s wedding capital, are on their knees, still paralysed as a result of the restrictions which have not been lifted in any recognisable form and with very little clarity and assistance as they navigate hundreds and thousands of postponements and cancellations.

Longer term we believe this crisis means we could lose a generation’s worth of tourism and hospitality workforce. The current job uncertainty has already seen some of our talent leave local businesses and move into more secure positions in other sectors, placements and apprenticeships are few and far between and the retention of skilled, hard-workers is becoming harder and harder.

SSDA believe now as we did six months ago when we were established and worked in partnership with the South of Scotland Enterprise on a funding package, that we have an opportunity to do something transformative for the rural economy of the South. But without requisite financial support, asset protection and clear, decisive messaging from the Scottish Government through the Winter, our tourism product in the South will be massively scarred, risking and reducing our appeal as a destination.

167 businesses responded from across the South of Scotland.